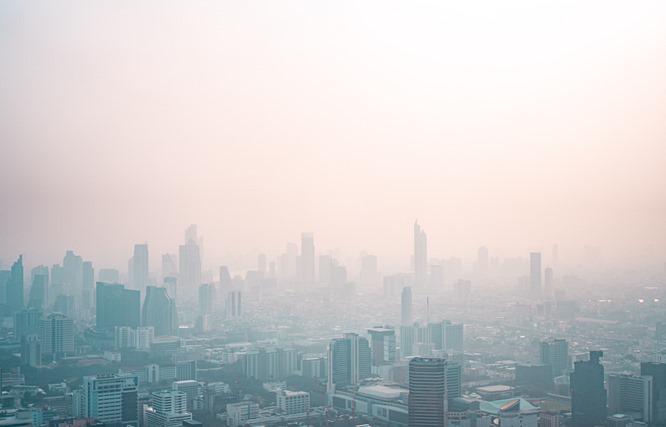 For anyone who has lived in Bangkok, Thailand for any length of time, most probably wonder by now why the city government still seems to be struggling to improve the quality of Bangkok air.

Not only does Bangkok have severe air pollution much of the year, but even after new statements from city authorities about “improving it”, little seems to change.

It should be no surprise then that today, January 17th, 2021, while Bangkok air is slightly better than yesterday, it is still poor. To the point that most areas of the city are experiencing extremely polluted air.

According to Thai PBS, 59 city areas of Bangkok are currently suffering from excessive PM2.5 dust pollution, with measurements from between 39 and 113 microns depending on the area. 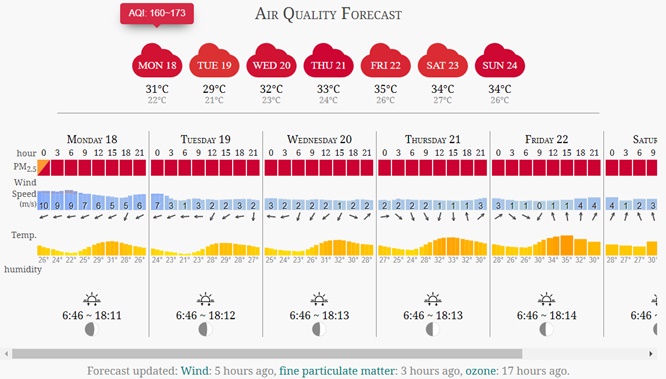 The air quality in Bangkok tomorrow is not forecast to be any better either.

According to the Air Quality Index (see graphic above), PM 2.5 levels are projected to be at unhealthy levels throughout the rest of the week and on into next weekend and beyond.

Meanwhile, the Air and Noise Quality Management Division of City Hall’s Environment Department is warning the air quality in Bangkok is currently so poor it is affecting some people’s health.

If you are one of those affected, they advise staying indoors as much as possible, or wearing an N95 mask when outside.

This is particularly important for the elderly, young children or those with breathing problems.

Causes of Bangkok air pollution and hope on the horizon

The Bangkok city government is, of course, trying to solve the problem of Bangkok’s polluted air, but it takes time. Especially as the causes of the city’s air pollution are so many.

Persuading Thais to take public transportation rather than drive is difficult. Upgrading buses and boats is also costly and time-consuming.

Stopping the open-air burning Thais are so used to carrying out is a full-time job, and making factories follow international standards of pollution control is a constant battle.

One of the programs that may contribute to cleaner Bangkok air, however, is a new one the city government recently launched.

That program involves switching out old, water and air-polluting boats for new electric boats. Boats that will help improve both Bangkok’s air quality and its waterways.

Eight electric boats are already running around Bangkok’s waterways, with more to be added as time goes on.

This Al Jazeera video has more on that program.

How many bars and nightclubs will go bankrupt in Thailand due to government-mandated closures?

How many Covid-19 infections in Thailand are from Delta variant? More than authorities would like