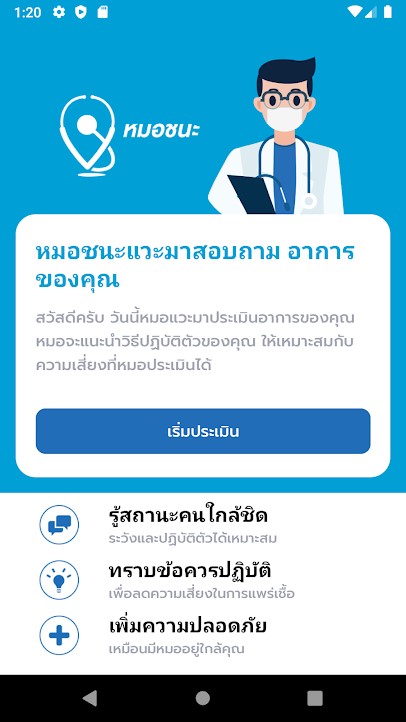 As Thai authorities have become more and more reactive during the current panic over Covid-19, the latest comment from spokesman of the Centre for Covid-19 Situation Administration (CCSA), Taweesilp Wissanuyothin, this morning explicitly stated — those people who refused to install the Mor Chana Covid-19 contact-tracing app in Thailand could end up in jail.

According to Dr. Taweesilp, if someone didn’t install the app and then tested positive for Covid-19, they could face a fine or imprisonment.

“If anyone is found to be infected and they have not installed the app on their phone, they may face the penalties as stipulated in the latest regulation”.

He went on to explain the penalties are a fine of up to 40,000 baht or imprisonment up to two years, or both depending on the circumstance.

Later on in the day, however, Dr. Taweesilp was forced to apologize on his Facebook page, and to clarify his statement, after questions were raised from various groups.

Particularly as the regulation he mentioned mandating the app doesn’t actually mandate it. It just encourages Thais and others currently in Thailand to install it.

“I apologize for the misunderstanding. Not having the app does not land you in jail. The full statement is if you are infected and conceal information, and we can’t find the app on your mobile phone, you will be considered violating the regulation”.

A country then still worryingly legally reactive during the Covid-19 crisis, but still slightly better than a mandatory jail term. 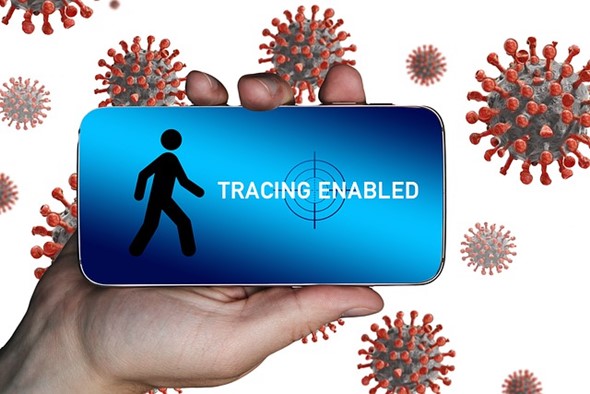 Meanwhile, there still hasn’t been an explanation from any government official as to what the ramifications might be for those not able to install the app.

After all, a sizable number of people in Thailand do not own a smart phone and, with millions of Thais now either officially or unofficially unemployed, many do not have the money to buy one.

A large percentage of people in Thailand also refuse to install the Mor Chana Covid-19 contact-tracing mobile app as it does not provide the same level of anonymity as does the Google/Apple system used in many other countries.

The Mor Chana app also continually uploads data to servers in Thailand, which has caused privacy rights activists to speak out against the app.

According to Singapore-based cybersecurity firm Straits Interactive back in July, the Mor Chana app, and its sister app Thai Chana, “contain excessive user permissions and have terms and conditions lacking transparency”. (continue reading below…)

If you get Covid-19 vaccine, does Thailand still require 14-day quarantine in ASQ facility?

At that time, the app asked for more permissions to be authorized by users than any other app being used anywhere in any Asean country.

So much so, according to Straits Interactive, the app can access every other app on your phone and track your usage in it. This could then be reported to both the app developer and the Thai government.

Unfortunately, with this morning’s mention of mandatory jail time if you refuse to download the Mor Chana app, this latest Covid-19 blunder from a Thai official is just one in a long line since the panic over Covid-19 in Thailand first began in March.

The so-called ‘conspiracy theorists’ who warned months ago Thailand would eventually force tracking apps on its citizens and residents have also been proven to be, once again, likely correct.

Meanwhile Brookings Institution, the prestigious American public policy organization, came out months ago stating contact-tracing apps are something they do not recommend during the Covid-19 crisis.

They also stated they believe such apps could cause enormous privacy problems if installed, and could even go as far as causing a large percentage of society to become social pariahs if, for whatever reason, they do not/cannot use an app.