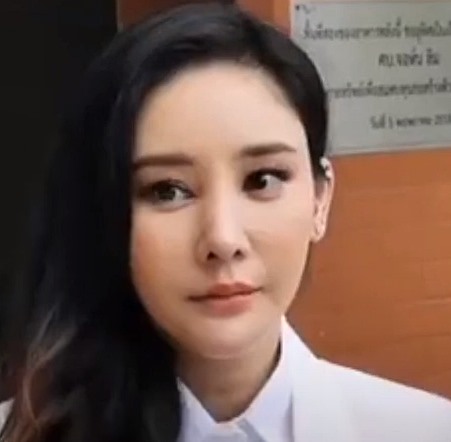 After a months-long investigation by Nonthaburi police, Thai public prosecutors have charged six people over the drowning death of popular actress Tangmo.

Nida “Tangmo” Patcharaveerapong died on the night of February 24th, after she fell from a speedboat into the Chao Praya river.

According to investigators, Peam Thamtheerasri was ultimately charged as, although he was not in the boat the night of Tangmo’s death, he advised those who were to put off giving statements about the accident to police.

Others who were also on the boat were charged with offences ranging from recklessness causing death and assisting others to avoid punishment, to concealing evidence and giving false statements.

All six were granted bail on amounts ranging from 210,000 baht to 90,000 baht depending on the number of charges and severity of alleged crimes.

Actress Tango, aged 32, fell off the privately-owned speedboat in Nonthaburi near the Chao Praya’s Pibul 1 pier on February 24th.

Her body was recovered two days later, with cuts on it showing evidence she had been sucked into the boat’s propeller after hitting the water.