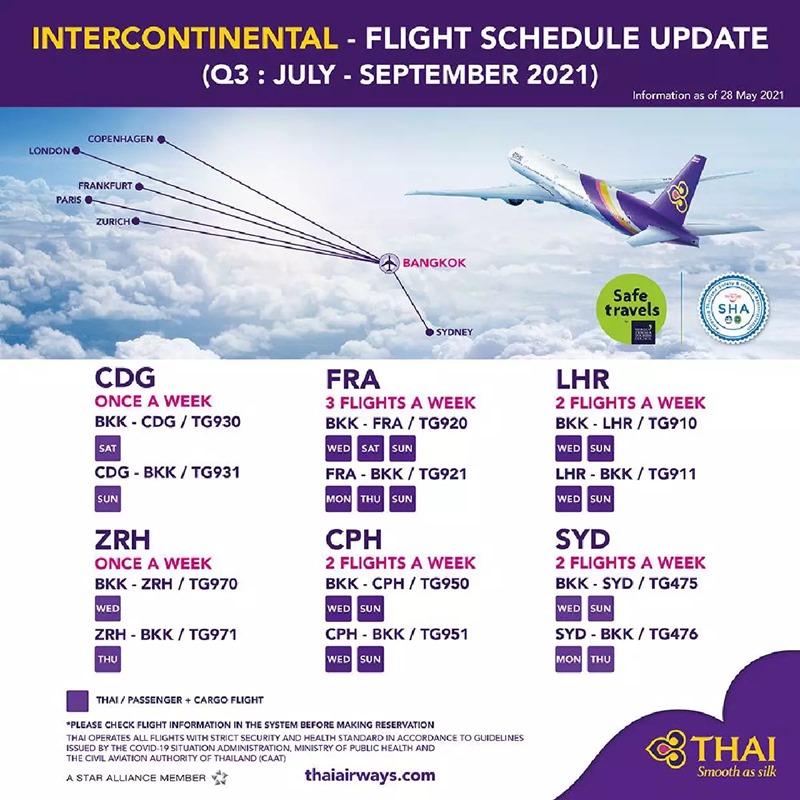 Thai Airways to fly to Asian and European destinations and Australia

Thailand’s former international carrier Thai Airways has announced it will be flying to 16 international destinations beginning in July , and continuing through September.

Most of the destinations are in Asia, with several in Europe and one to an Australian city.

The 16 destinations Thai Airways will fly to are Tokyo, Osaka and Nagoya in Japan, Seoul in South Korea, Taipei in Taiwan, Hong Kong, Lahore in Pakistan, Dhaka in Bangladesh, Manila in the Philippines and, in Europe, London, Paris, Copenhagen, Frankfurt, Zurich and Paris.

Flights will leave Thailand/fly to Thailand anywhere from three times a week to once, depending on the destination. (See schedules provided by Thai Airways above and below). 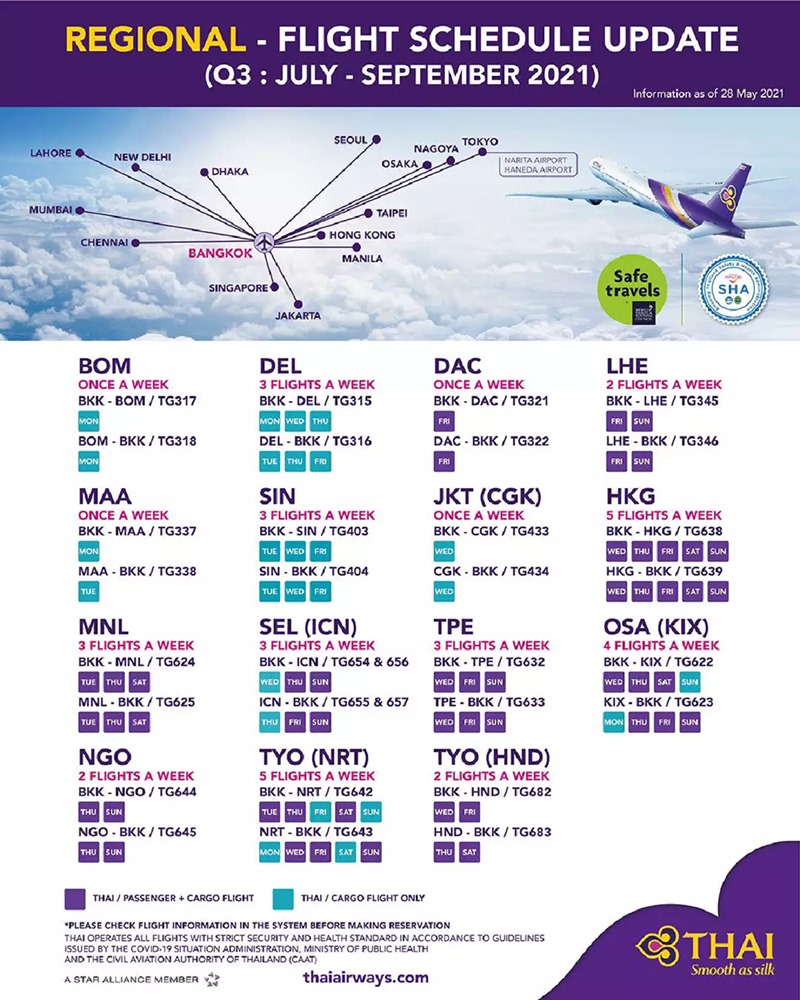 Of course, whether you can take an international flight on a Thai Airways flight in July and beyond will depend on your personal situation, and on the Covid-19 restrictions currently in place in each of the 16 destinations.

Some countries are closed to anyone except their own nationals and returning residents.

At the moment, the Australian government is also sticking by their decision to keep the country locked down until mid-2022 to anyone other than returning citizens and residents.

With many restrictions still in place in the 16 destinations Thai Airways plans to fly to then, the question remains who will be allowed to travel and how many will actually decide to?

If few do, then the new Thai Airways flights could quickly become just another way for the already in dire financial trouble Thai airline to lose even more money.