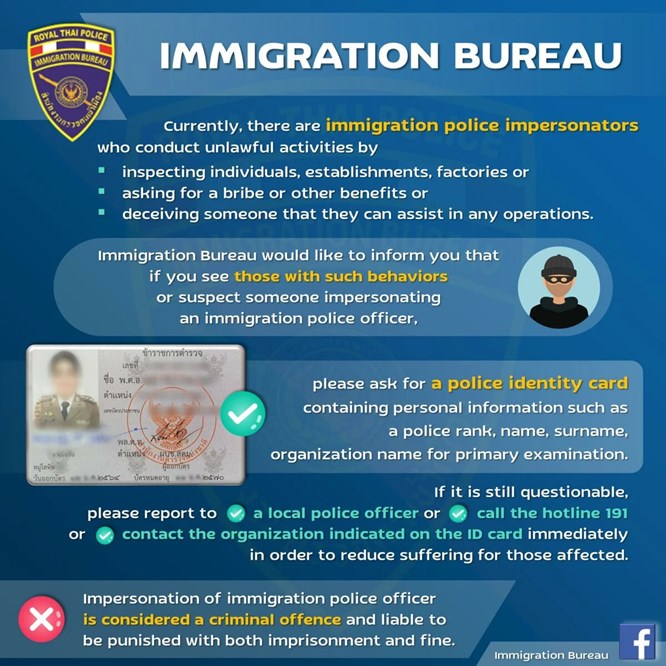 The Thai Immigration Bureau is telling foreigners and others in Thailand to be wary of people calling themselves immigration police when, in many instances, they are not.

The Immigration Bureau is so concerned about this type of criminal activity, they have released a graphic warning people about fake immigration police in Thailand extorting others for money. (see above)

The graphic tells people to look out for fake immigration police inspecting businesses, asking for bribes or other benefits, or telling you they can assist you with businesses or visas.

The Bureau says, if you suspect someone is impersonating an immigration officer, ask for a police identity card.

The card should feature personal identification such as the officer’s name, rank, and organization name.

If you are still unsure if the person is an immigration officer or is impersonating one, they recommend you contact a police officer in your area, call 191 or contact the organization whose name is on the person’s ID card.

Impersonating an immigration officer is a criminal offence in Thailand, and is punishable by imprisonment and a fine.

As Thailand’s economy continues to disintegrate due to government policies against Covid-19, and a country lockdown that has lasted more than a year, be on the lookout for more of these types of scams targeting foreigners in the Kingdom.