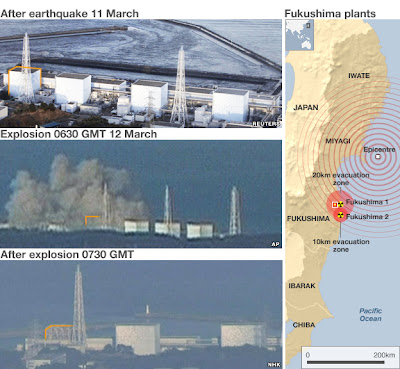 A couple of years ago, the Thai government announced it was approving the building of five nuclear power plants in Thailand. That every foreigner I know was considering leaving Thailand shows you just how poor most other nationalities believe is Thailand’s capability to ever build a safe nuclear power plant. Just look at a normal Thai building being built. No professional construction workers here. Only illiterate Burmese and Isaan peasants swinging from bamboo scaffolding, with little idea of safety or common-sense building knowledge. Add onto that rampant corruption, non-existent safety standards, and lack of Thai accountability and expertise and, god help us all.

Thank heavens, it was announced today, since Japan’s nuclear turmoil (three nuclear power plants now in danger of meltdown, after Friday’s earthquake and tsunami) the Thai government is reconsidering the building of similar plants in Thailand.

Prime Minister Abhisit Vejjajiva yesterday told the Energy Ministry to review its plan to establish five nuclear power plants. The ministry has been instructed to study two issues in detail – emergency measures and nuclear plants’ potential as terrorist targets. Abhisit apparently is also worried about the cooling systems in a nuclear power plant as, in the current crisis, the Japanese are showing it can be a nightmare to handle. Abhisit obviously understands the short-comings of his fellow Thais. A nationality that, if they had to actually use their brain to solve a problem of this magnitude, their head would explode.

Photo is from the BBC with more information about the Fukushima explosions available here.