I did and, because I now live in Bangkok, Thailand, I once did an informal study to find out.

I used to work as an English teacher for an international corporation in Bangkok. I helped their employees to improve their English speaking abilities, develop their e-mail skills, and work on common English grammar problems. I also included a lot of material about Western culture, as Thais are fascinated by it.

After all, Western countries are completely different to Thailand in their social norms. Social norms which Thais often just don’t understand.

So during one week of classes, I thought I would ask my students what were the Top 5 things they did not understand about American culture and then try to explain why we Americans do what we do.

When I first asked the question, lots of giggling and shrugging ensued as Thais are notorious for not wanting to have an honest discussion. In Thailand, confrontation and telling the truth about what could be construed as a negative situation is usually not done. So, to get a group of Thais to be honest about what they don’t understand about Americans and the USA was a challenge.

But I insisted I wanted them to be truthful and that I would not be offended with their comments about the US. Finally, after a bit more giggling, especially from the girls, they came up with a list of the 5 things that bemused them the most. 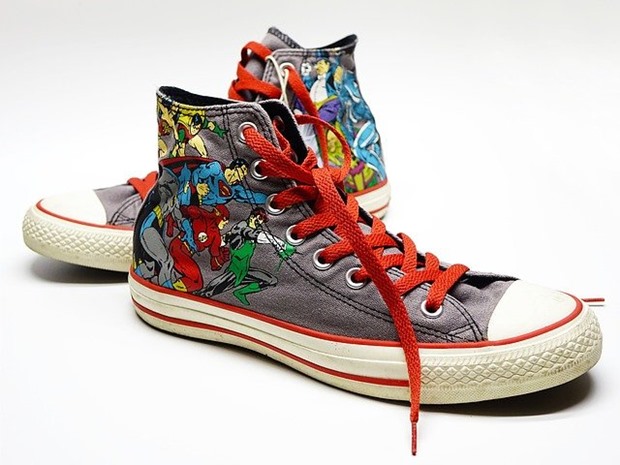 1. Why do Americans wear shoes in the house? In Thailand, when you go into many buildings, especially homes, you take your shoes off. You then either walk barefoot or use slippers provided by the building owner.

When you think about it, it makes perfect sense. Why do many Americans walk around dirty streets, tread in water and gunk, oil, dust and sometimes even dog poop, then march into their houses still wearing these shoes and rub the mess all over their expensive carpets?

To this question I could only answer “I don’t know” and explain that since I had come to Thailand I too took my shoes off at the entrance to a building. I even do that now when I go back to the US because, after living so long in an Asian country, having outside dirt all over your floors really doesn’t make sense.

2. Why are American students not polite to teachers? For this one, you must understand they based their opinions on what they see on American TV shows and movies. I did however, again, have to agree with them somewhat as, in the US, I did experience a certain amount of negativity towards teachers.

In Thailand, the teacher is respected at the same level as the parents. Sometimes even higher. As a teacher in Thailand, you are given amazing respect by both the students and their parents. In America, that is not always the case.

I tried to explain to my students that Americans are taught to think for themselves, (Thais for the most part are not) and so part of thinking for yourself is questioning the teacher. Sometimes that also means disagreeing with the teacher, not something you will see much in Thailand.

3. Why do American women not wear bras? This was of enormous interest to the Thai girls in my class (pun intended!). All Thai girls wear bras, all of the time. In fact, I have yet to see a Thai girl or woman not wearing a bra outside their home.

The funny thing is, most Thai girls don’t really have much in the boob department, yet they still wear bras – often even padded bras to make them look more endowed. Even with tank tops or spaghetti strap tops, you will rarely see a Thai girl without a bra.

In Thailand though, Thai girls see many female foreign tourists and are flabbergasted to see how many of them walk around major cities braless. Often they are also ‘big girls’ and Thai women find this shocking.

I explained about the sexual freedom of the West, even mentioning the ‘burning the bra’ issue of the liberating 1960s. They are still bemused by this though, as going braless is not really acceptable in Thai culture in most circumstances and, even understanding the more open West, they still don’t really get it.

4. Why do American women go topless on the beach? A huge source of fascination for them. It would be rare to see a Thai woman topless on a beach, not unless she was a prostitute and had been too ‘Westernized’ by her association with a foreigner.

It is also completely unacceptable in Thailand and is against the law, but I am still surprised by how many Americans and Europeans go topless on Thai beaches. And yes, it is offensive to the Thais, but so many Westerners still do it. Why?

I told them about the European beaches, where bathing topless is often the norm. Young American women who have traveled a bit seem to have copied this fashion. Fine if you are in Europe, but not so fine in Thailand.

5.Why do American women have casual sex with multiple partners? A recent study in Thailand showed that Thai women on average usually have no more than two sexual partners during their lifetime. Both of them are usually men they marry. (This, however, is changing in recent years for some Thai women).

Surprisingly, almost 50% of Thai women are also virgins when they marry. Seeing American women on TV having one-night stands, sex with many boyfriends, talking so openly about sex with their friends, well this just blows their minds!

Again, I had to go back to the 1960s and we talked about how women gained their sexual freedom. Thai women don’t have that sexual freedom (Thai men definitely do!) and both Thai men and women like it that way.

Thailand reminds me somewhat of what it must have been like in the 1960s in the West, and I do wonder if, in twenty years time, Thailand too will be like the West when it comes to women and sex? I also explained that not all American women believe in casual sex, and that they shouldn’t believe everything they see in the movies.

At the end of the class, it was interesting to see how much more open they were in giving me their opinions. It was also fascinating to me to see that, because of my time spent in Thailand, to some extent I agreed with their observations.

The things I took for granted as a Western women in the US now look a little odd to me. I also find myself questioning the direction US and European culture is going in, and realizing I enjoy the more innocent feel of Thailand, even if there is a lot going on underneath the surface we, as foreigners, don’t always understand.

Sure it is definitely a man’s world here when it comes to sex, but as women control much of the finances in family life, things aren’t all bad. I like the Thai way of thinking and talking about sex with innocence, an innocence we lost in the West years ago.

Sure, things in Thailand are now ‘modernizing’ at a very fast pace. But, in my opinion, it will be a great pity if Thailand does develop to a level where it is emulating the West in this way as I would hate to see Thai women behaving like some of the Western women I see here.