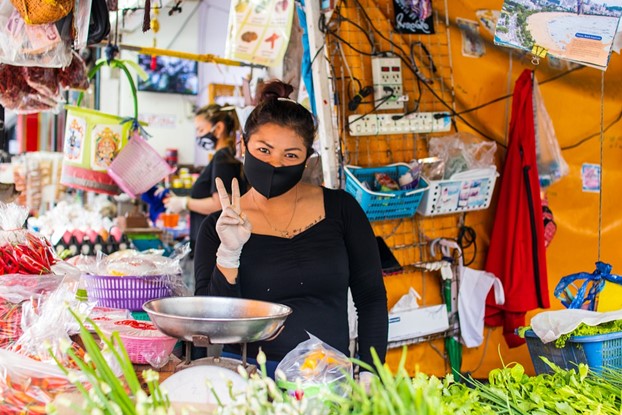 As calls grow in the UK to place Thailand on the red list — thus making it impossible for most people in the UK to either visit Thailand or travel from there — Shadow Home Secretary Nick Thomas-Symonds now says Thailand, along with Vietnam, are countries that should be put on the ‘red list’ as soon as possible.

According to him, this is due to a new Covid-19 variant that was detected in Thailand last month, and has since been discovered in Vietnam.

A variant that has now been discovered in 117 Covid-19 infections in the United Kingdom in the last couple of weeks and one that, according to Thomas-Symonds, may be more contagious, more deadly and more likely to be vaccine-resistant.

Thomas-Symonds says, should the Thai variant be allowed to spread, it could put the UK’s economic recovery at risk.

When you look at the UK’s red list, more than 50 of the world’s countries are already on it. Most of the rest of them are on their ‘amber list’.

In other words, the British are already locked off from most of the world, with people like Thomas-Symonds desperate to lock them off from even more.

What Nick Thomas-Symonds doesn’t seem to understand, however, is that viruses mutate. That’s what they do.

And, in most cases, the only reason mutated viruses are more dangerous than the original virus is because of the panic of badly educated people who, it seems, must also live in fear of their own shadows.

After all, according to most scientists Covid-19 will always be with us, as will many different variants of the virus as time goes on.

Variants that, after the initial panic has ended concerning each one, have not turned out to be any deadlier than the Covid-19 virus we have been dealing with since early 2020.

That means then, if the UK is going to block itself off every time a country has a new Covid-19 mutation, the British might as well get used to being locked off from the rest of the world permanently.

Of course, if you expect rationality when it comes to the British government and its response to Covid-19, as the last year has proven, you are likely to be disappointed.

Particularly as, in almost every case, British government officials have chosen to err on the side of panic rather than stick with scientific facts.

Namely that the Covid-19 virus is still an infection approximately 99.5% of people who contract it will eventually recover from. Regardless of the mutated strain they get.

Which leads us to the question will travelers from Thailand be banned from entering the UK this summer, and will Thailand be placed on the UK’s red list?

Unfortunately, if you consider Britain’s recent history, the answer to both questions is likely to be “Yes”.

In other words, doesn’t this lunacy over Covid-19 make you wish you lived in Sweden? Just about the only country in the world whose government has calmly acted based on scientific facts, instead of kowtowing to panic, hysteria and foolishness.