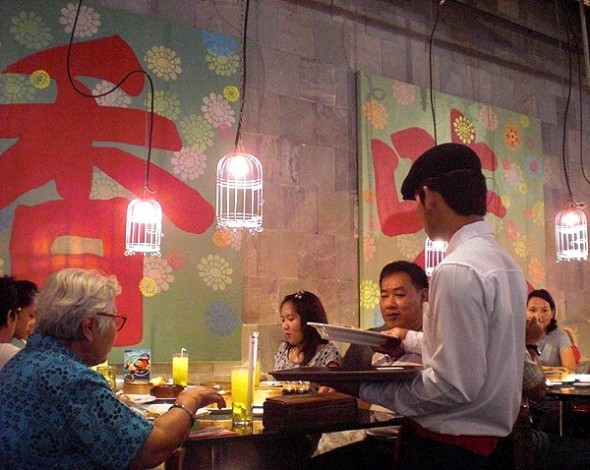 As if Thailand’s unemployment rate isn’t already bad enough due to the government of Prayut Chan-o-Cha shutting down the country for over a year, banning most international visitors and thus destroying the Thai tourism industry, the Restaurant Business Association now expects an additional 200,000 Thai workers to lose jobs in the restaurant industry.

This due to the latest dine-in restrictions by the same government.

The regulations come into effect tomorrow, Saturday, May 1st, 2021.

As a result, the number of restaurant workers expected to lose jobs is likely to be much higher than in the previous year due to two factors.

First, Thais are more panicked about the latest number of Covid-19 cases than previously. Media obsession with Covid has a lot to do with that.

Second, former restaurant customers are choosing to cook at home instead as it is cheaper and, some think, less likely to cause them to contract Covid-19.

Of course, this does not help the millions of people employed in the Thai restaurant industry.

Since the Thai government shut down the country’s borders in late March, 2020, approximately 2% of the restaurants in Thailand have already permanently closed.

With the stricter regulations now going into effect, another 1 to 1.5% of eating establishments are also expected to go bankrupt. The longer the restrictions go on, the more restaurants will close and the more restaurant jobs will be lost.

Being almost a year behind most of the rest of the world, Thailand is eventually likely to discover the same.

Unfortunately, that will be too late for the up to 200,000 Thai restaurant workers now likely to lose their jobs in coming weeks and months.