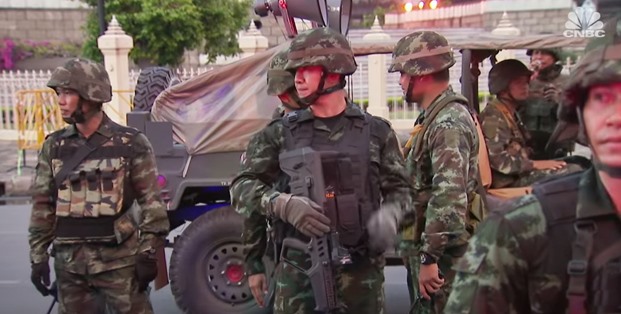 Considering the present Thai government of Prime Minister Prayut Chan-o-cha is the direct result of a military coup, you may be interested in knowing how many military coups Thailand has had.

After all, the South East Asian country has had more military coups than any other country in the world with one occurring every few years for most of the last 100 years.

How many military coups has Thailand had?

Thirteen of these coups were successful while nine were not.

The latest military coup in Thailand was carried out in 2014 when Thai Prime Minister Yingluck Shinawatra was removed from office by the Royal Thai Armed Forces, which was headed at the time by the current Thai Prime Minister General Prayut Chan-o-cha.

It was the second coup in just eight years, with the previous coup d’état in 2006 removing Yingluck’s brother Prime Minister Thaksin Shinawatra from power.

Both Yingluck and Thaksin are now in exile as, if they return to Thailand, they are likely to be imprisoned. As Pheu Thai the Shinawatra’s political party believes, however, that is due to fraudulent charges instigated by the military and guilty verdicts due to a corrupt judicial system. 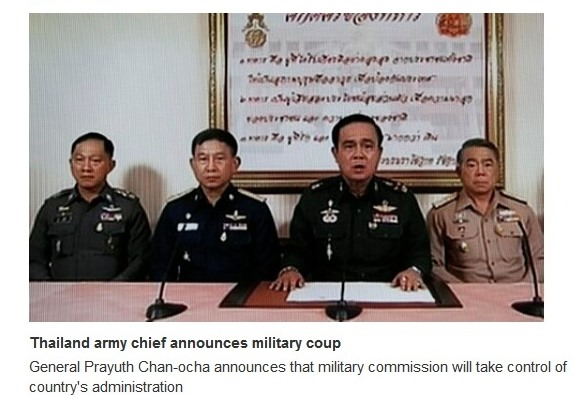 Why does Thailand have so many military coups?

The problem with coups is, once there have been a few of them, it becomes more ‘normal’ when there is another one.

Thais have witnessed so many of them in their lifetimes that, to some Thais, they seem like a normal way to solve perceived problems with a government that is currently in power.

In the case of the last one in 2014, even members of the public were demanding the Royal Thai Armed Forces remove Prime Minister Yingluck Shinawatra from office.

Mass demonstrations by the pro-royalist group calling themselves the Yellow Shirts erupted in Bangkok and carried on for several weeks. The result was yet another coup and Yingluck’s removal.

That is how ‘acceptable’ they seem to be. Especially to those Thais in the middle and upper classes.

Lower income Thais, however, are often solidly against coups. This is particularly true when you consider few coups have been enacted in order to help the lower classes and, in many cases, have only hurt their economic well-being.

For more information on two of the reasons for Thailand’s large number of coups, watch the short CNBC International video at the bottom of the page.

As head of the government, Prayut was the un-elected leader of the country from the time the last coup took place in May, 2014 until the general election in July, 2019.

During the general election Pheu Thai, the same party that was headed by Thaksin Shinawatra, again won the most seats.

After an unsuccessful attempt to create a coalition with another party so they could govern, the Thai parliament elected Prayuth Chan-ocha as prime minister instead. A move that was seen by many Thais as just another example of the embedded corruption that has been in existence in Thai politics and in society at large for decades.

Prayut has governed as prime minister since then.