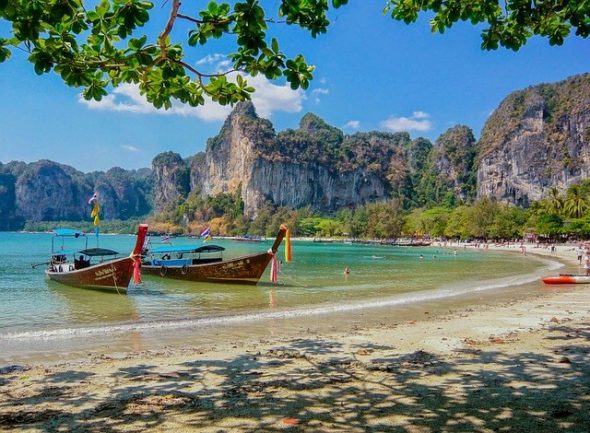 With Thailand’s international borders still effectively lockdown to 99.9% of people that would travel there, the country’s tourism industry is in crisis.

Meanwhile, the Thai government of Prayut Chan-0-cha is still keeping Thailand’s borders mostly closed. This in a country that has had fewer than 3,200 cases of COVID-19 and only 58 deaths.

A new study by the United Nations now estimates Thailand will lose up to $47 billion from tourism in 2020-2021 due to an almost complete lack of international tourists because of the country’s lockdown.

$47 billion is currently around 10% of the country’s GDP.

A massive fall for a South Asian country that has already struggled to keep up to many of its neighbors economically since the last military coup overthrew the democratic government of Yingluck Shinawatra in May, 2014.

The U.N. study — the ‘Covid-19 and Tourism‘ report released by the United Nations Conference on Trade and Development (Unctad) on Wednesday — looked at three different scenarios for countries around the world when it comes to lockdowns due to COVID-19.

The scenarios were lockdown measures lasting 4 months, 8 months and 12 months.

The $47 billion figure is if the country remained in lockdown for 12 months — a distinct possibility with the Thai government only looking at ‘travel bubbles’ allowing a few thousand people into Thailand at best, or with plans to only allow ‘wealthy tourists’ into the country for the foreseeable future.

The $47 billion figure is also likely to be closer to $55-60 billion if you take into account the money the U.N. is not including in their ‘Covid-19 and Tourism‘ study.

Money spent by international tourists on nights’ stays at small family-run guesthouses, food from street food sellers and purchases from small market stall holders. In other words, money spent in large segments of the Thai economy.

Meanwhile, the Prayut Chan-o-cha’s government is prioritizing domestic tourism as a way to help save the tourist industry in Thailand, even though Thailand is the world’s ninth most-visited country by international tourists.

Unfortunately, with millions of Thais now either unemployed, working fewer hours or not willing to spend money knowing Thailand’s economy is likely to be in crisis through at least the end of 2021, it is difficult to understand how the Thai government believes this can be achieved?

As for tourists who were planning on a trip to Thailand in 2020 or early 2021, it currently seems prudent to cancel trips and travel to other countries that will be more welcoming in coming months as the Thai government shows no signs of opening international borders any time soon.

One wonders how many billions more dollars and tens of thousands of Thai jobs need to be lost before they do?