When I read the latest article about Thailand from Bloomberg this morning, first of all I laughed out loud. Because “Thailand to turn away from mass tourism, target the wealthy” has as much basis in reality as I do if I suddenly decide I’m buying a jumbo jet.

That is because, according to Tourism Minister Phiphat Ratchakitprakarn, Thailand will be keeping the country locked to the vast majority of international tourists for the foreseeable future.

That lockdown to any outsiders, of course, is due to the government’s seeming panic about COVID-19 and it’s unwillingness to allow non-Thais into the country.

Instead, Thailand is letting it be known the usual Chinese tourists and backpackers will no longer be wanted if, or when, the country opens up to international tourists.

In their place, Thailand plans to woo ‘wealthy tourists’.

In the proposed plan, those tourists will be allowed into Thailand for an initial 14-day period of time. During that time, they will only be allowed to stay in one specific area (Phuket, Samui, Phangan and Phi Phi) where they will holiday in luxury resorts.

Before their arrival, they will be screened for COVID-19.

Once those 14 days are over, they will be allowed to travel to other places in Thailand or to leave the country.

One presumes they will also be tested for COVID-19 again before they are allowed to leave?

The rational for this, the Thai Tourism Minister believes, is “one person can easily spend as much as five by staying at the finest hotels”.

He also believes “full and free tourism should become a thing of the past”. 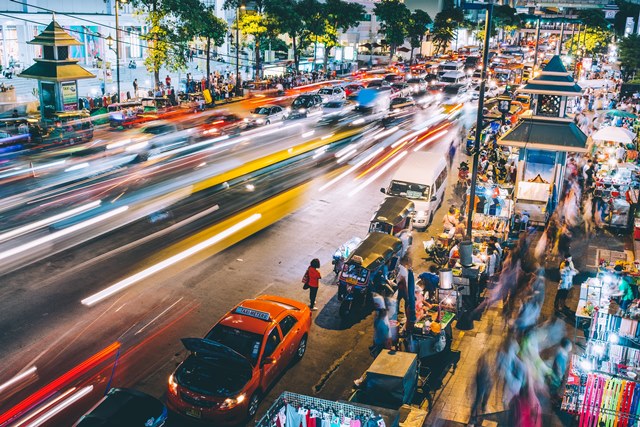 A complete disregard for reality

Now, it has been obvious for some time the current Thai government is out of their depth when it comes to dealing with the economic aftermath of the COVID-19 lockdowns.

This becomes even more obvious when you read the comments of the Thai Tourism Minister.

With around 40 million tourists arriving in Thailand last year, approximately 20% of the Thai GDP depends on tourism and its related activities.

Much of this is in income for small independent businesses — hotels, guest houses, shops, dive shops, moped rentals, nail salons, hairdressers, cafes, restaurants and on and on.

Businesses that these ‘wealthy tourists’ will not frequent.

How then does the Thai Tourism Minister believe these tens of thousands of small businesses, hiring several hundred thousand Thais around the country, and almost totally reliant on tourists coming to Thailand, will continue to make a living?

In addition, an estimate he gave of a goal of 10 million tourists to Thailand this year is a number that, with this new plan, seems to be due to nothing but having been pulled out of thin air.

After all, this is a country that is locked down to most international travelers till sometime in July at the very earliest. That gives Thailand five months or less, in a world massively economically affected by COVID-19, to woo these tourists.

People, don’t forget, that are ‘wealthy’. 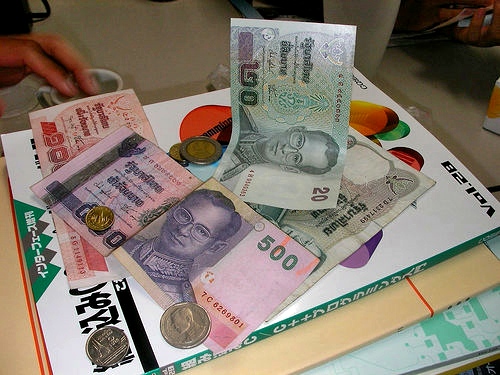 According to various analysts, Thailand is currently estimated to see a contraction of its GDP of between 6-8% in 2020. Much of this is due to tourists not being able to travel to Thailand.

To then mandate only ‘wealthy tourists’ will be able to visit the country is not only idiotic, and a guarantee the Thai economy will suffer enormously, it is also offensive to those hundreds of millions of people who have visited Thailand frequently over the last few decades.

People that are, apparently, no longer wanted unless they have suddenly inherited a few million dollars and are willing to spend it in Thailand.

Of course, like just about everything else the Thai government plans when it comes to their COVID-19 aftermath plans, this one too will be ignored when someone intelligent realizes it is a plan that will ensure Thailand’s economy, along with many of its middle-class and most of its poor, will suffer for years to come.

After all, in an average year, tourists to Thailand bring over 12 trillion baht into the Thai economy.

Now, I am not particularly good at math but, if only a small number of wealthy tourists are to be allowed into Thailand for the foreseeable future, does that not now mean all of them will be expected to spend the equivalent of the GDP of a small country once they get there?

Sadly, along with Cambodia with its $3,000 arrival fee, it is looking like Thailand is no longer the tourist-friendly country it used to be.