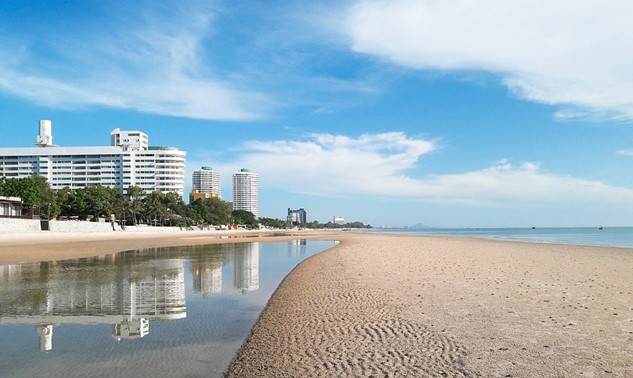 The reopening of the popular tourist destination will be called ‘Hua Hin Recharge‘ and will allow foreigners from low-risk countries to vacation in Hua Hin without being forced into quarantine.

Before the planned opening, however, the governor said authorities will work towards vaccinating 100% of all people working in the tourism and services sector, and 75% of all people in Hua Hin.

With only 8% of the local population vaccinated, that means an enormous increase in the number of daily vaccinations given from now until October 1st.

A time period of just over two and a half months, and in a country that still has a severe vaccine shortage.

Meanwhile, there were 71 new Covid-19 cases reported in Hua Hin today, with 54 of them at the Dole canning factory. A factory that has seen a large percentage of their employees testing positive for Covid over the last couple of weeks.

With 3,658 cases of Covid in the province and just 11 deaths, however, Hua Hin’s cases fall in line with what is being seen worldwide during the pandemic — many infections, the majority being asymptomatic, and an approximate 99.8% survival rate.

Like many Thai officials at the moment, the governor also appears to be more optimistic than the current Covid-19 situation warrants.

With an opening under the ‘Hua Hin Recharge‘ scheme not until October 1st, and with a small number of tourists likely arriving to begin with, just like they have during the first two weeks of the Phuket Sandbox, he still expects the new scheme to bring in 1.2 billion baht between October and December.

He also estimates 89,000 jobs will be created due to the scheme.

This type of growth was also projected before the Phuket Sandbox opened earlier this month but, so far at least, the large numbers of foreign tourists required to create this growth do not seem to have materialized.

As long as Thailand continues to see rapidly rising numbers of Covid-19 cases, as well as struggles to obtain vaccines other than Sinovac, schemes like ‘Hua Hin Recharge‘ could also stumble.