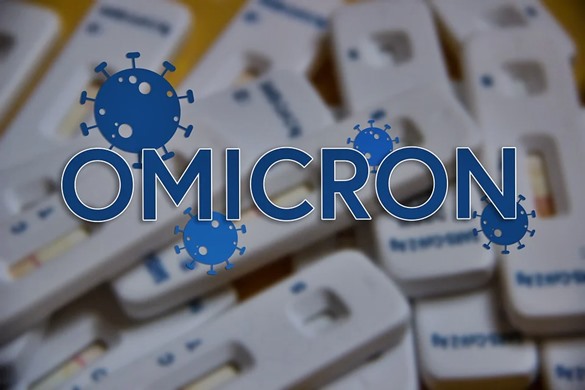 It is less than five days since we predicted the Covid-19 variant ‘Omicron’ would arrive in Thailand, and now it is here.

Omicron in Thailand was detected in an American-Thai businessman who arrived in the country in late November from Spain.

He flew into the country on an Emirates Airline flight, and is reportedly symptom-free. Just like most of the people that have been diagnosed with the Omicron variant so far.

A new variant South African officials that detected it say seems to be more contagious, but largely not a threat to most people’s health.

That is also in line with what scientists know about variants — as a virus develops, more variants are detected but each variant, while possibly more contagious, typically tends to be weaker than the last.

Thai Department of Disease Control chief Opas Karnkawinpong said the American-Thai man was “being treated at a hospital”.

That then opens up the question, treated for what, as he is not experiencing any symptoms?

Lockdown in Thailand over Omicron variant?

Meanwhile late last week, after speculation another lockdown in Thailand could soon be implemented, Thai Prime Minister Prayut Chan-o-cha came out saying a lockdown had not yet been talked about should Omicron be detected in the country.

However, he did also only state “an immediate lockdown had been suspended for now“.

Thus, leaving the door open for yet another lockdown and, if things go the way they have gone for the last 20 months, one that could be imminent now Omicron has arrived in Thailand.

Unfortunately, yet again, that leaves tens of thousands of tourists wondering if they should take a planned holiday to Thailand in the next few weeks, and chance being caught in another lockdown, as well as possibly being stuck in the country, or cancel their holiday and wait until the hysteria over Covid-19 finally ends?

Should a tourist decide to travel to Thailand, an RT-PCR test must be taken immediately upon arrival, and the tourist must then spend a night in a designated hotel until the result is released.

Now that Omicron has been detected in Thailand, arrivals can expect regulations to be strict.