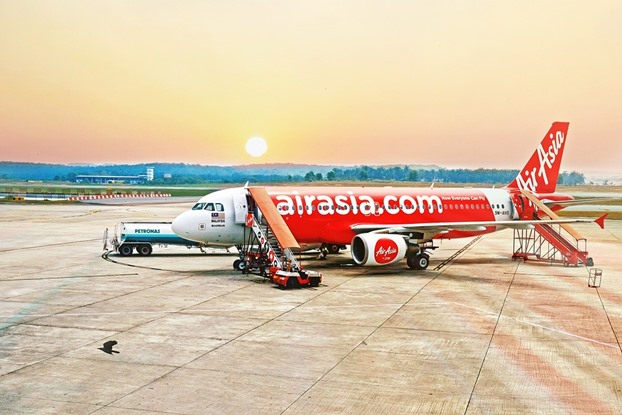 Once one of my favorite airlines, Thai AirAsia quickly became an airline I will never fly again after their parent company Air Asia, which is based in Malaysia, announced earlier this year that all passengers on every domestic and international flight must be vaccinated.

Considering that means an airline is now mandating a medical procedure for every one its clients, as someone who believes in the sanctity of basic human rights — the ability for every person to decide what medical procedures they decide to have and what they don’t — that immediately meant Thai AirAsia was the last airline I would ever fly.

Or AirAsia at all.

So, when I saw it has just been announced Thai AirAsia is laying off a huge number of staff and trying to sell 10% of its fleet, I have to admit I have no sympathy for the airline or for its executives.

After all, in my opinion, when you decide to become a tyrant, you reap what you sow.

Of course, my sympathy does lie with the thousands of Thai AirAsia employees that will now lose their jobs in a time of economic catastrophe in Thailand.

Employees that have already had an extremely rough almost two years working for the budget airline, with many of them being placed on furlough for many months and receiving either only a percentage of their salary or no salary at all.

According to Tassapon Bijleveld, executive chairman of Asia Aviation (AAV), the company that is the largest shareholder of the budget airline, the airline has no choice but to lay off many of its staff if it wants to remain in business.

It also must cut its fleet of aircraft from 60 to 54 planes.

Mr. Tassapon said that fleet will remain cut for at least the next two years, while the airline waits for international and domestic flights to return to normal.

Under the present Thai government with their on-going panic over Covid-19, however, it may be much longer than two years before that event occurs.

Especially as Thai AirAsia is basing that recovery on international travelers being able to return to Thailand in almost pre-Covid numbers, and there is no guarantee or even any indication of that.

In fact, even in what Mr. Tassapon calls ‘the best-case scenario’, Thai AirAsia might have only 50% of their normal flights operating by the end of 2022.

That, of course, is more than a year from now, and well into the two-year period he is referencing.

Meanwhile, Thai AirAsia will announce the names of everyone that will be laid off from the airline next week.  Some Thai AirAsia employees will also be let go within an early retirement program.

To show how bad Thai AirAsia’s current financial situation has become, and to prove what an uphill struggle they will have as few people are either flying to or within Thailand, the airline’s third-quarter financial results showed a total revenue of 457 million baht and a net loss of 2.09 billion baht.

Once upon a time, I would have had immense sympathy for Thai AirAsia. An airline I have flown with more times than I can count, and always liked.

Now, in my opinion, it would be better if the airline simply closed down permanently.

Thus, helping pave the way for a new budget airline whose executives are not so authoritarian they believe they have the right to mandate what people do with their own bodies just so they can take a flight.