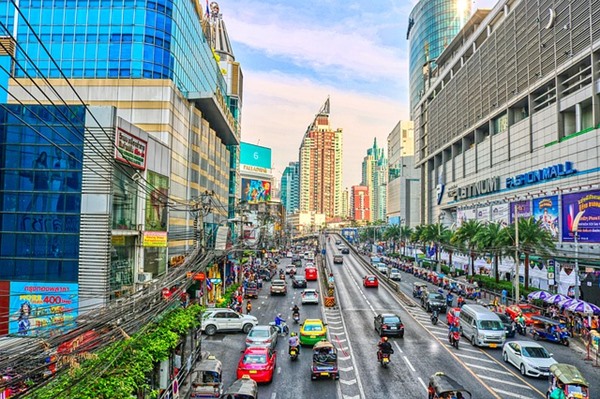 It looks as though Thai Prime Minister Prayut Chan-o-cha has finally realized the country’s economy is in absolute shambles, as he announced today it is necessary to speed up the opening of the country’s borders on November 1st to more countries than he initially announced.

A lot more countries, in fact — from only 10 countries announced just a few days ago to the 46 countries Prayut announced today on his Facebook page.

That means tourists from 46 countries can visit Thailand without quarantine from November 1st, as long as they are vaccinated against Covid-19.

Prayut didn’t name the 46 countries, but that list will likely be coming soon.

Part of what now seems to be panic on Prayut’s part is likely due to the prime minister becoming aware of what expats have been saying for months now.

Namely, with all the ridiculous restrictions international tourists to Thailand have to put up with just to sit on a Thai beach wearing a mask, most are choosing to go elsewhere instead.

As Prayut said on his Facebook page when he talked about allowing people from 46 countries to arrive in Thailand from November 1st without quarantine:

“If we wait until everything is fully ready, we’ll be too late. Besides, tourists may choose to go elsewhere.”

Prayut apparently is also one of the world leaders who has now come to the long-awaited conclusion that the smart ones among us came to over 19 months ago.

Namely, a virus cannot be stopped from spreading. No matter how many lockdowns you do, how long people are forced to wear masks or how much you continue to lock down your borders to the world.

Thailand just needs to open up, and the Thai people will have to learn to live with the virus.

Just like they should have been living with it for the last 19 months.

As Prayut said in his Facebook post, after he acknowledged opening up Thailand on November 1st may lead to more local infections:

“This is a risk we must take. I think, like other countries, Thailand is now better equipped to deal with the risk. And we need to learn to live with it.”

Yes, live with a virus with a 99.7% survival rate. Just like Thailand and the rest of the world should have been doing all along.

What will visitors from 46 countries need to enter Thailand on November 1st?

Anyone traveling to Thailand from one of the 46 countries soon to be named on November 1st or later will need these things in order to be admitted:

Unfortunately, masks will still be required everywhere in Thailand, as will social distancing, and bars, nightclubs and entertainment venues will remain closed at least for the time being.

As all of these things are unacceptable to a large percentage of would-be tourists to Thailand, expect these requirements to be relaxed soon as well.

Unfortunately for Prayut and the Thai people, it also seems likely most international tourists will have already booked their planned holidays over the next few months, as authorities in Thailand took too long to announce the country is opening on November 1st.

That means the high season for 2020/2021 is likely to be almost as bad as the tourist season over the last 19 months as most international tourists go elsewhere.

A shame for Thailand but, when a country has a panicked government at the helm, it would be strange if anyone expected otherwise.

Update: 46 countries named, but still a lot of hoops to jump through

Update: An additional 17 countries have been approved for quarantine-free travel to Thailand, bringing the total number of countries to 63 as of 31st October, 2021.

They additional 17 countries are: