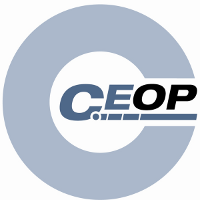 In an ‘about time’ moment, representatives from the UK’s Child Exploitation and Online Protection Centre (CEOP), were in Bangkok last week to meet with Thai police and the Department of Special Investigations (DSI). With Thailand one of the three countries where UK pedophiles tend to travel the most (the other two being Cambodia and Vietnam), this couldn’t be better news for Thailand and for its children.

The Thai government has started to take the problem of child sexual abuse seriously in the last few years ago. As part of this, Thailand began requiring police background checks for anyone teaching children in Thailand. The checks were supposed to come from police departments back in the teachers’ own country, but how successful this has actually been is anyone’s guess as the number of pedophiles in Thailand seems to be on the increase and not falling. Just about any legitimate teacher in Thailand will tell you how many pedophiles they’ve come across during their years teaching in Thailand and, for some, it’s more than just a couple.

Thai children too are very trusting and often quite naive compared to their western counterparts. This is why CEOP is also stressing education of children about pedophiles and possible sexual abuse is also necessary to keep the problem in check.

The problem is, is will this become an effort to lessen UK pedophiles’ ability to travel to Thailand and to help Thailand find them and stop them, or will it be just another wasted effort that goes nowhere, like so many others before it?  Time will tell. But one thing is for sure. If the Thai police and government don’t ally themselves with agencies like the UK’s CEOP, they’ve as much chance of stopping pedophiles coming to Thailand as they do knocking do a charging elephant with a bamboo frond.