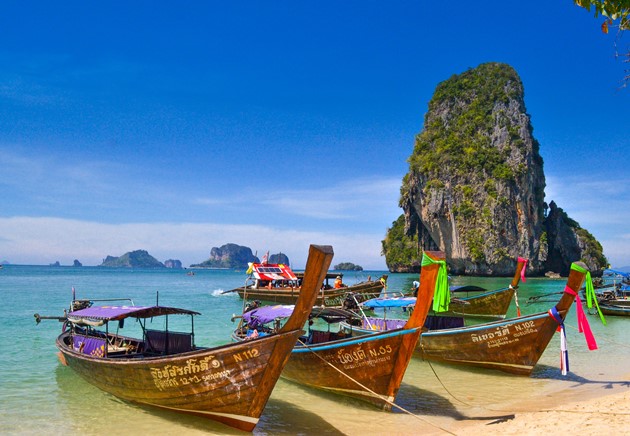 With Thailand’s borders still completely closed to international tourists, and likely to remain so for the next few months, the Thai government is counting on domestic tourism in Thailand to help save the Thai tourist industry.

Domestic tourists, they say, could contribute most of the 1.23 trillion baht ($39.5 billion) they expect the Thai tourism industry to generate by the end of 2020.

The problem is this ‘plan’ is nothing more than a pipe dream. A pipe dream that is extremely unlikely to come to fruition.

Not as Thailand currently has the worst performing economy in Asia and a national household debt of 80% of GDP.

Before the coronavirus panic hit and Thailand closed its borders, international and domestic tourists in Thailand were expected to contribute over 1.2 trillion baht to the economy.

Now international tourists are not allowed into Thailand, however, a large percentage of that projected amount has not appeared and will probably not appear this year.

That is why the Thai government of Prayut Chan-o-Cha has been stressing domestic tourism as part of their plan to revitalize the Thai tourism industry.

An industry that is expected to layoff several million people over the next few months if Thailand’s tourist industry cannot be saved.

The problem is, when thousands of businesses around Thailand depend on the country’s 40 million international tourists and none are currently allowed into the country, it is not difficult for anyone that understands economics to see how quickly those businesses are likely to fail.

Businesses like Khao Yai’s ‘Little Tuscany‘, a shopping center near the national park that has just announced it has closed down and will only reopen under new investors.

Many domestic tourists in Thailand are too afraid of the coronavirus to visit tourist destinations. Due to Thailand’s contracting economy, many also do not have the disposable income to do so even if they were not afraid to go.

Meanwhile, Rungtip Bookkhuntod director of the Tourism Authority of Thailand said she expects other stores and businesses in the area to close down in coming weeks and months as well, as domestic tourists have lost confidence in travelling.

A scenario that is likely to repeat itself throughout Thailand the longer the country is locked down to international visitors.

In an economy that is shrinking, as Thailand’s is during the third quarter of 2020, people do not spend the same amount of money they may spend in a normal year on vacations or short trips.

According to the Kasikorn Research Center, the unemployment rate in Thailand in early June was hovering around 10%. Most of the people who have lost jobs or are worried about losing jobs earn less than 20,000 baht per month. People in that income bracket rarely have a large amount of money in savings, and certainly do not have available money for domestic vacations.

Others want to hold onto the money they do have should income streams fall or investments suffer.

In the mean time, as the Thai government has continued to panic people over the coronavirus, many Thais now believe they will become extremely ill or die if they contract it. Even though worldwide figures still show over 95% of people recover from it, with 90% or more experiencing mild symptoms or no symptoms at all.

As millions more people around the world than records currently show have also likely contracted the virus, but are not aware they have, the COVID-19 mortality rate will fall even further.

That message, however, is not being communicated to Thais.

As long as that is the case, many Thais will continue to believe contracting the coronavirus could be a death sentence when that is not reality for most. They will also continue to stay at home and not travel.

Interestingly, Thanawat Pholvichai, rector of the University of the Thai Chamber of Commerce, believes 20 million Thais or almost one third of Thailand’s population will take trips within Thailand during the last half of the year.

These trips, he believes, will contribute up to 50 billion baht (about 1.6 billion U.S. dollars) to the Thai tourism industry.

You have to wonder, with the Thai economy in so much trouble and projected to get worse, where he thinks many of these people are going to get the money from?