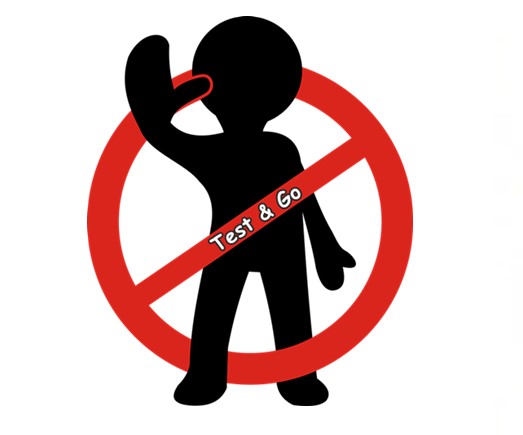 In yet another arbitrary decision that makes no scientific or rational sense, Thai authorities announced today anyone who has already received a Test & Go approval must arrive in Thailand by January 10th, 2022.

This is due to the Test & Go program now being suspended for tourists and other travelers to Thailand indefinitely.

If a traveler holding a Test & Go approval for entry into Thailand tries to board a plane that would arrive in the country after Monday, January 10th, they will be denied boarding.

The only way to gain admittance to Thailand would then be through the previous 10-day quarantine.

Further applications for admittance to Thailand via the Test & Go program are also now suspended, with no plan to bring back the quarantine-free program any time soon.

The last is according to Opas Karnkawinpong, director-general of the Department of Disease Control, who told news media today there are no plans to bring the program back due to the current spread of the ‘Omicron variant’.

A variant that is causing most people that contract it around the world to be either symptom-free, or with minor symptoms suggestive of nothing more than a common cold.

Related: Thailand’s Test & Go program canceled until the end of January? We’d bet on it

Meanwhile yesterday, Public Health Minister Anutin Charnvirakul announced he would be asking the CCSA to suspend Thailand’s Test & Go program until at least the end of January.

As many would-be tourists are now commenting on social media, for anyone planning a trip to Thailand in the next few months possibly longer, it makes more sense to cancel the trip and consider traveling to another country instead.

After all, Thailand is now almost two years into the Covid-19 mess, and government officials are still changing travel rules on a daily basis.

For those who cannot afford to cancel or change planned trips to Thailand at a moment’s notice, especially with a large loss of money entirely possible due to lost flights and hotel bookings, it makes sense then to plan their holidays elsewhere.