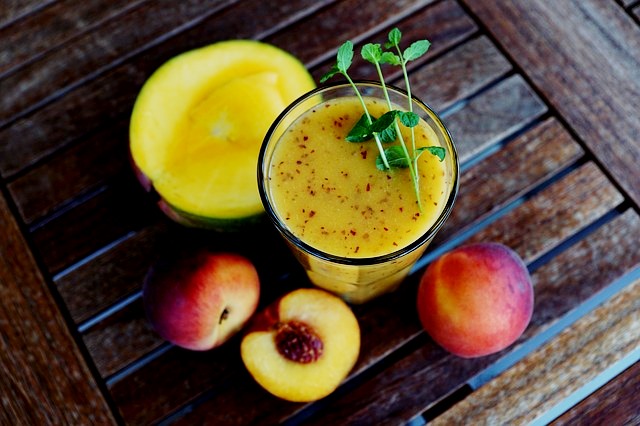 After more than a decade of being vegetarian, and after learning more about the abuse of animals on factory farms around the world including Thailand, I decided to go vegan.

Almost eight years later, and still vegan, I have experienced so many benefits to being vegan in Thailand, I can only recommend others consider doing it too.

Especially if you care about your health, the quality of the food you put in your body and the fact that, unless you eat highly processed vegan food, which I rarely do, in many cases you are no longer supporting the mega-corporations that, in many respects, are destroying our health and, in some instances, actually killing us.

The benefits of being vegan in Thailand

Food costs are much lower

Even though food is cheap anyway, being vegan in Thailand makes it even cheaper.

While that might not sound like much, over my first year of being vegan, I saved around 25,000 baht or $830 just on food I bought at the supermarket or at my local fresh market.

Money I then spent on various three-day weekend holidays around the country.

Those savings were due to mainly eating rice, pasta, oats, beans, lentils, seeds, fruits and vegetables — most of which I bought at my local fresh market, making them even cheaper than at Tesco Lotus or one of the other Thai supermarkets. 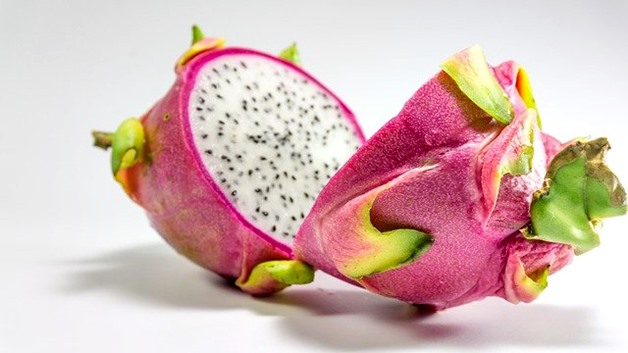 I have traveled and lived all over the world, and I am here to tell you there is no better country on the planet for juicy, tasty fresh fruit and vegetables than Thailand. Particularly when you consider how cheap they are to buy.

One big benefit of going vegan in Thailand for me then was even more ways to eat the country’s incredible fresh fruit and vegetables. And, now that I wasn’t eating cheese, eggs and other non-vegan foods, I had more room in my stomach to put it. 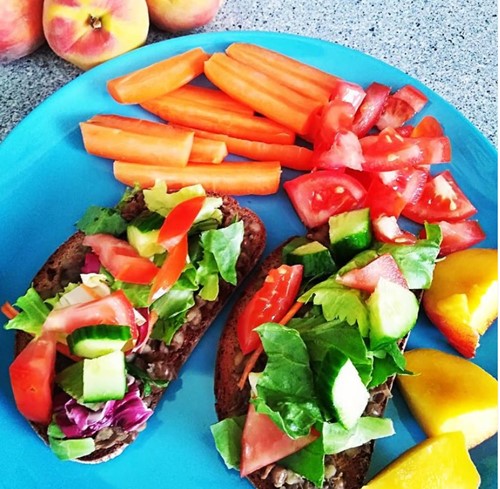 As I was already vegetarian when I went vegan, I did not expect the weight loss I experienced.

Three months into my new vegan lifestyle, however, and I was 15 lbs lighter than before. At the end of the first year, I had dropped 27 lbs and I have kept that weight off in the eight years since.

This alone was a huge advantage for me, as Thailand is hot and it can be exhausting if you spend a lot of time walking outside.

Once I had lost almost 30lbs, however, I found being outside in the heat much less tiring than it had been in the past. I could usually walk further as well. 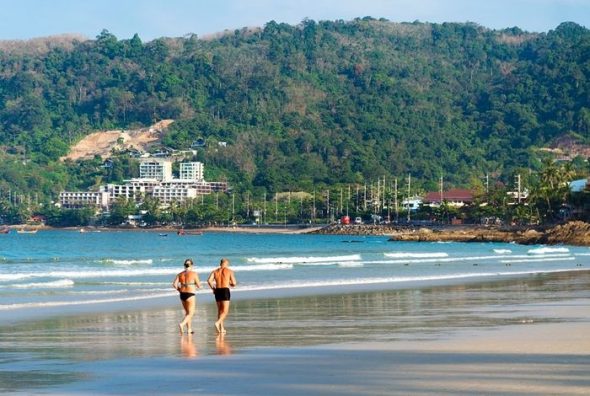 Whether it was due to eating even more carbs than I already, but going vegan in Thailand meant my energy levels quickly increased.

So much so, I was soon back at my condominium’s gym every morning working out for at least an hour at a time.

I also had my annual medical around six months into my new lifestyle. That showed my blood pressure was down to normal when previously it had always been around 15-20 points above the optimal.

Every other blood test came back in the normal range as well.

More energy and being healthier as a vegan in Thailand meant I found it easier to stay up later. That meant more time spent out with friends, and more time taking advantage of all the things to do at night that Bangkok has to offer. 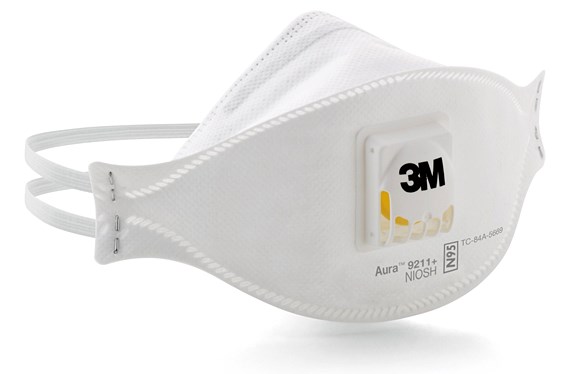 Since moving to Bangkok over 20 years ago, I have found breathing normally sometimes difficult. That is due to the high levels of PM2.5 in the air making my asthma worse than it had ever been anywhere else I have lived.

A few months into my vegan lifestyle, however, and I noticed I was having less trouble with the Bangkok pollution.

As several studies show a vegan diet can markedly improve asthma, I probably should not have been that surprised.

The reason behind it is thought to be plant based foods reducing systemic inflammation which, in turn, improves asthma symptoms.

For anyone who lives in Bangkok though, and who struggles with the often polluted air, trying a vegan diet for a few months could hold enormous benefits for you. 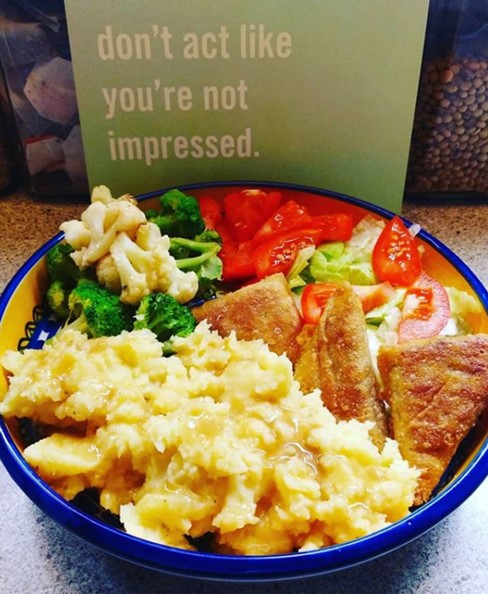 Now this is a weird benefit of being vegan in Thailand I never thought would occur. Primarily because I am such a terrible cook.

Then I discovered, while I couldn’t cook meat, fish and other animal products without creating awful-tasting sauces, over seasoning or under seasoning them, or simply making dishes that were just about inedible, that never seems to be the case with vegan dishes.

In fact, I have found no matter what I throw into a vegan stew, chili or pasta sauce, it always comes out tasting amazing.

Of course, that could be because I only use fresh fruits, vegetables, beans, pulses, herbs and spices.

Related: Is it easy to buy vegan food in Bangkok?

But who knew it was possible to throw beans, lentils, garlic, a slew of chopped fresh vegetables and some herbs into a pot and end up with one of the best meals I have ever eaten? And all for pennies a portion.

With Thailand also having a plethora of fresh markets and wet markets to buy food from, you can find just about any ingredient you could possibly ever need for any vegan recipe you have in mind.

I usually find most of mine at the market at the end of my Bangkok street. 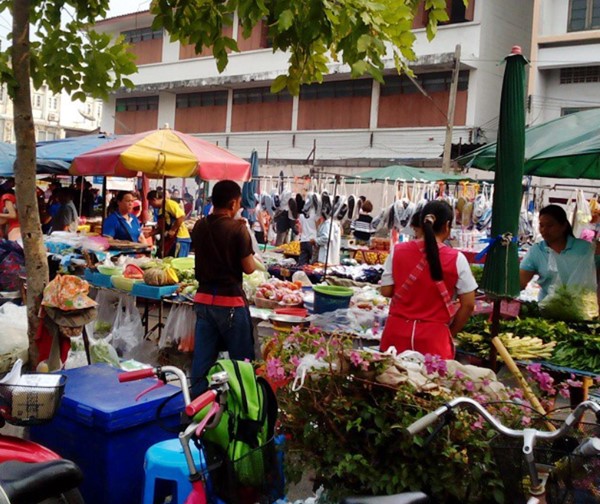 One thing I really love about being vegan in Thailand is that now I no longer buy the packaged and processed foods I used to, most of my food is whole plant food that is purchased at one of the markets close to my house.

This means, instead of supporting mega-chains like Tesco Lotus and Tops, at least 90% of my monthly food budget goes to local sellers at the markets in my area of Bangkok and to the small farmers they usually buy their produce from.

Some of the sellers I buy fruits, vegetables and rice from are even the farmers themselves.

A final note on eating out while vegan in Thailand — well, in Bangkok, at least.

While it may be much more difficult to find a vegan restaurant in other areas of Thailand, in the last few years vegan restaurants have been popping up all over Bangkok. I had no problem finding them in Chiang Mai either.

In Bangkok, however, the iconic May Kaidee near Khao San Road has been open for a couple of decades.

Veganerie is a vegan chain that has several branches in popular malls and, wow, is their food amazing with everything from breakfasts, appetizers, entrees, sandwiches, salads, wraps and desserts — all-vegan, all the time. Check out their Instagram account for their latest tasty offerings.

You will also find several other excellent restaurants serving vegan food in Bangkok via Foursquare. I have eaten at nine of the 15 of them, and can attest to the food they serve being excellent.