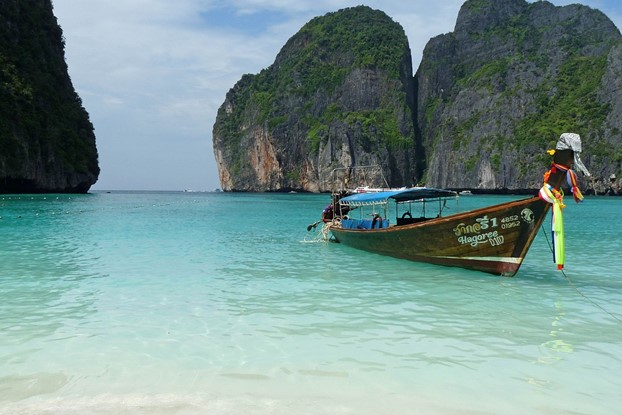 One thing social media users have been predicting when it comes to the Phuket Sandbox is tourists testing positive upon arrival in Phuket.

That event happened yesterday when a tourist from the United Arab Emirates was found to be positive for Covid-19 upon arrival on Phuket, just seven days into the Phuket Sandbox scheme.

The tourist’s Covid-19 status was discovered when he was tested at Phuket airport and his test processed.

The UAE tourist, who was already at his hotel when test results came through, was then informed his test was positive, and he was immediately taken to a local hospital for treatment.

It should be noted, Thailand is one of the few countries mandating hospitalization even if someone with a positive Covid test result is asymptomatic.

Other tourists in his group were also placed in a 14-day quarantine in a Phuket hotel, meaning their vacation to Phuket has already been ruined only a few hours after their arrival.

Local authorities insist the tourist testing positive is not a problem for the Phuket Sandbox as, in their words, “70% of the local population has now received two doses of a Covid-19 vaccine”. Something social media commentators, some of whom live on Phuket, insist is not true.

Of course, this shines a different spotlight on the Phuket Sandbox, and will likely persuade even more would-be international tourists planning a trip to Phuket to reconsider their vacation plans.

After all, it is not just taking a chance that they may themselves test positive for Covid and be taken to a Thai hospital for the duration of their vacation, but they also chance being in quarantine for their holiday should anyone else in their group test positive.

With only 2,113 tourists having arrived on Phuket in the last seven days, news of the first tourist in the Phuket Sandbox testing positive for Covid could cause the expected number of July tourists to the island to diminish even further.

Something that already occurred last month when the Thai government of Prayut Chan-o-cha announced the planned 7 days stuck on the Thai island had been increased to 14 days.

At that point, 50% of tourists organizing a trip to Phuket changed their plans.

When international tourists now realize there is a real possibility of spending their planned Phuket vacation in a Thai hospital, or quarantined in their hotel, that number will likely increase even further.