The most popular tour on Phuket Island in Thailand, bar none, is the James Bond Island Tour.

The tour is named ‘James Bond Island Tour’ because, as part of it, you visit Koh Ta Pu, the teeny tiny island that was made famous in the James Bond movie, ‘The Man With the Golden Gun‘.

But, if you are planning on being in Phuket and thinking about taking the James Bond Island Tour, should you, how much does it cost, is it worth it and what will you see?

Starting out in the morning or afternoon, depending on what time of day you take the half day tour, you will be picked up at your hotel in a coach (luxury bus) and set off on your tour. The first stop is after an hour and a half drive around Phuket at Suwankuha Temple, which is the site of the Monkey Caves.

Here, you will be given half an hour to walk around the grounds of the temple, buy bananas to feed the hundreds of wild macaques running around, and to see the Buddha statues inside the spectacular caves. 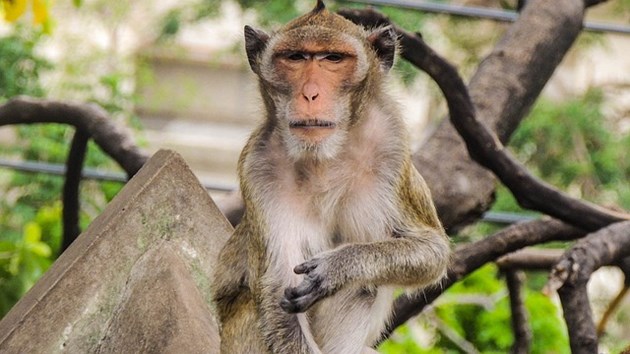 Some people don’t enjoy the Monkey Caves, but I enjoyed that part of the tour. The monkeys come up very close to you and, as long as you don’t fool around trying to trick them with food, they will quickly grab a held-out banana from your hand and run off. Be careful you are not wearing a skirt with a loose elastic waist though.

The last time I went, my parents’ friend was wearing a long skirt with an elastic waistband, which was grabbed by a monkey. Before she knew it she was left standing in nothing but her underwear with her skirt around her ankles. Very funny for us, but a bit embarrassing for her (she did laugh though!).

After Monkey Caves, you will take another 15 minute drive until you arrive at a boat dock where you are given life jackets and then asked to climb into a long-tailed boat. Off the boat speeds into the ocean to James Bond Island with, along the way, the most spectacular views of enormous limestone rocks sticking up in the water and the stunning mountains behind. 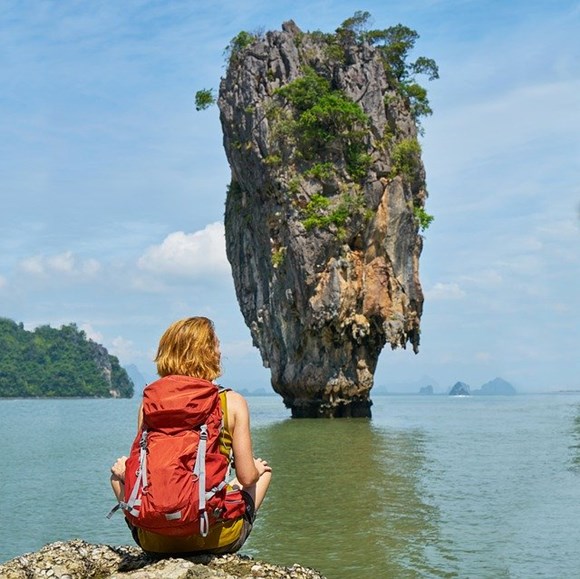 At James Bond Island, you are allowed out of the boat for 30 minutes to take photos and buy souvenirs. To me, James Bond Island is the worst part of the tour as it is a tiny strip of land between two large rocks packed full of stalls selling the tackiest souvenirs and manned by incredibly pushy sellers.

Still, it’s a fun place to take photos of the famous rock formation (see photo above) and you move on quickly, back in the boat and onto the next stop.

The next and last stop is the Sea Gypsy Village (Panyee Island) – a floating wooden village out in the middle of the water, it has shops, markets, house and restaurants as well as a village school and a mosque – so it is incredible that the entire village is built on wooden platforms tied together in the middle of the ocean.

You can eat lunch or a snack here and take some wonderful photos.

From the Sea Gypsy Village, you will be taken by boat back to the coach, and then dropped off back at your hotel. 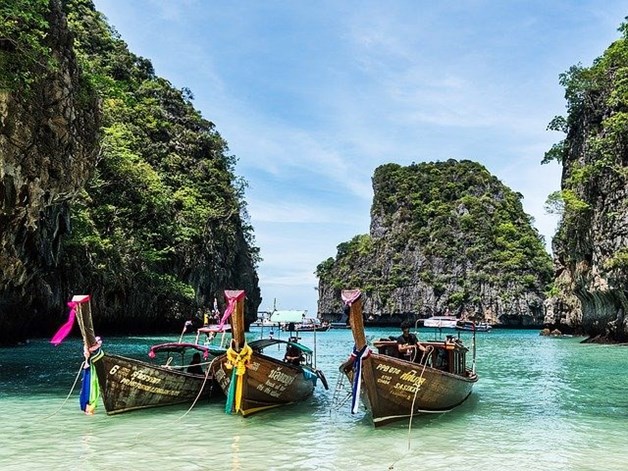 Cost of James Bond Island Tour – The price of the James Bond Tour, like many things in Thailand, has gone through the roof. When I used to take it, it ran around 650 baht (about $22). Nowadays, it has almost doubled to 1,250 baht ($42), which is a much higher cost, particularly if you are a family of three or four.

For me, as I have been many times, it is now too expensive a tour. For anyone else who hasn’t visited that area of Thailand before, and wants something to do for the day, I would still say “Do it”. It is an incredibly fun trip and you see a lot.

For an interesting photo opportunity of a famous movie scene and for the beautiful scenery alone, the James Bond Island Tour is well worth the money. Add onto it the Monkey Caves and the Sea Gypsy Village and it really is astounding value for a first-timer.

And, if you are still not sure, check out the aerial views of James Bond Island, the Sea Gypsy Village and other stunning sights you are likely to see during the boat ride in the helicopter video below.