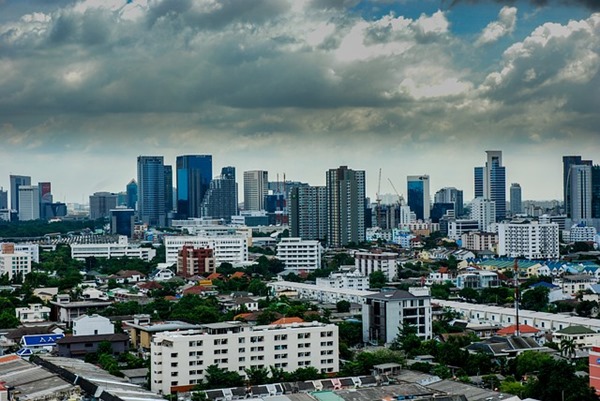 As some lockdown measures were removed in the so-called dark red zones of Thailand today, three private sector organizations have told the Thai government there can be no more lockdowns.

This after they ascertained the last month of lockdowns has done little to reduce Covid-19 cases, yet it has negatively impacted the already damaged Thai economy even further.

The three organizations — the Thai Bankers Association (TBA), the Federation of Thai Industries (FTI) and the Thai Chamber of Commerce (TCC) — met today (Wednesday) to assess the current economic situation.

Things apparently did not go too well in their meeting, or at least economic indicators looked dire, as their warning of no more lockdowns was the result.

Instead, they said, government procurement of vaccines needs to be accelerated until 70% of Thailand is vaccinated.

At that point, borders can then be opened up to international visitors, which will help the country’s economy recover.

Thai Bankers Association (TBA) president and head of the joint committee of the three organizations, Payong Srivanich, said the organizations will also ask the government to increase the public debt ceiling, from 60% to 70% or 80% of GDP.

This is expected to inject between 700 billion and 1.5 trillion baht into the economy.

What he didn’t mention, however, was an increased public debt — the amount of money the government owes to outside lenders — puts the country more at risk of economic crisis in the long-run.

Particularly because, as public debt rises, investors demand higher interest rates due to wanting a better return for a higher risk.

As interest rates rise, refinancing Thailand’s existing debt could become much more expensive. Income then begins to be spent more on debt repayment than on government services, eventually causing a debt crisis.

Whatever the decision about public debt, however, the three private sector organizations warn another lockdown in Thailand would be economically devastating, and something that could cause the already volatile economic situation to worsen even further.

Meanwhile, even before the latest lockdown, some economists were warning a double dip recession in Thailand was on its way.

So far, that prediction has not been withdrawn.