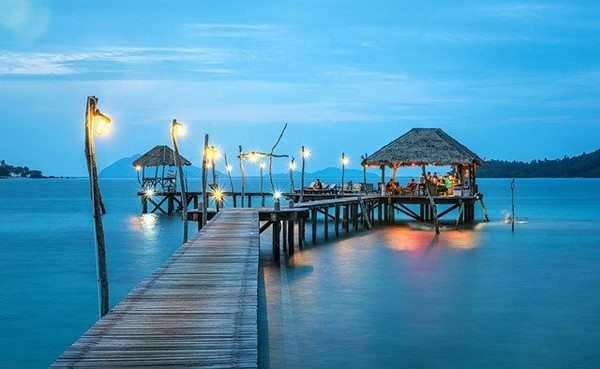 With Thailand’s tourism industry in its biggest crisis since the 2004 tsunami, and worse than even then, the Thai government is currently considering allowing a few thousand people per week into Thailand starting in August from what they are calling ‘travel bubble’ countries.

In other words, other Asian countries the Thai government deems as ‘safer’ than the rest of the world when it comes to COVID-19.

Not when, prior to COVID-19, approximately 750,000 tourists per week (40 million per year) arrived in Thailand. Tourists that used to bring in more than 1.2 trillion to 2.3 trillion baht per year.

Now the Thai government of Prayut Chan-o-cha seems to think a few thousand people a week will help Thailand’s tourism industry recover. An industry that has tens of thousands of small and large businesses around Thailand depending on its survival.

Tens of thousands of small and large businesses that are in danger of going bankrupt if a similar number of tourists that have always visited Thailand are not soon allowed to return.

The latest hairbrained idea from the Thai Tourism and Sports Ministry in an attempt to rescue the ailing Thai tourism industry is to allow five islands to accept a few foreign tourists a month. These islands would be Koh Samui, Koh Pha Ngan and Koh Tao in Surat Thani province, Phi Phi in Krabi and Phuket.

They would be allowed to host a small number of foreign tourists a month from the aforementioned ‘travel bubble’ countries.

Tourists that would not be allowed to leave the island they are on. Tourists who may even be expected to have a tracking app on their phone so the government knows where they are at all times.

Tourists who would also be expected to be screened for symptoms upon arrival and then quarantine for 14 days.

How many international tourists would be willing to travel to Thailand under these conditions is not known. When you look at message boards across the Internet already talking about this strange scheme, however, most people seem to be in agreement.

They would never travel to Thailand under those conditions and neither would most people.

Several weeks ago, another plan from the Thai Tourism Minister to rescue the country’s tourism industry was to not allow the normal numbers of tourists into Thailand ever again but, instead, to only target wealthy tourists going forward.

Wealthy tourists that would apparently be able to spend the 1.2 to 2.3 trillion baht the 40 million usual tourists bring into Thailand every year.

Considering most tourists that have the amount of money the Thai Tourism Minister is targeting would not consider traveling to Thailand if they were expected to quarantine and then be trapped in one place for the duration of their vacation, this was another hairbrained scheme that had no potential for success before it even began.’

After all, when you have tens of thousands of dollars to spend on a vacation, would you go to Thailand and be trapped on a Thai island without access to independent travel and most of the things you like about Thailand?

Or would you spend your vacation in Austria, Germany, Switzerland, Denmark or France? Countries that allow many tourists to travel within them almost as normal now their borders have opened up.

Thailand’s economy is hurting. Tens of thousands of Thais are still out of work due to a lack of international tourists to the country. Many more are likely to be laid off in coming months as the Thai economy begins to worsen.

Meanwhile, the Thai government has decided to concentrate on domestic tourism instead of allowing international tourists to return.

Domestic tourism composed of people that either do not have jobs or are working reduced hours and thus making less money, or are afraid of spending money as they understand how bad Thailand’s economy could become in coming months.

Again, as a plan to help the recovery of Thailand’s tourism industry in 2020-2021, concentrating on domestic tourism is nothing more than a Band-aid on a gaping, bleeding wound.

Approximately 21% of Thailand’s GDP is dependent on tourism, most of it from international tourism.

With international tourists all but banned in Thailand until sometime in August and, once they are allowed in, only a few thousand arriving per month it is obvious, unless things change quickly, Thailand’s tourism industry in 2020-2021 is in severe trouble.

With domestic tourism not remotely able to provide the money needed by tens of thousands of Thai businesses that are dependent on international tourism to survive, it is likely thousands of independent Thai shops, hotels, restaurants and other businesses will be staring bankruptcy in the face within the next few months.

Many of them may not have any choice but to close permanently.

After all, even with soft loans being offered by the government, if tourism numbers are down to a minuscule amount and businesses cannot make enough money to pay their basic running costs, those same businesses will still be forced to close.

That is why, if Thailand wants to save its tourism industry and quickly, the only real option available to the country is to get borders open, airports open and international flights back in the air so international tourism can resume.

Otherwise, if these stop gap measures the Thai government is recommending are the only things that will be allowed, Thailand’s tourism industry will collapse in 2020-2021, and much of the country’s economy with it.