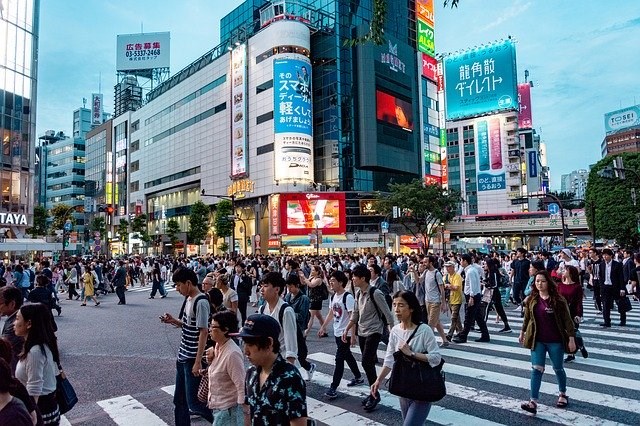 As long as they have a permit, after months of being closed, Japanese borders are now open for many.

This includes all foreigners with Japanese permits, and also all international students, many of whom will want to get back to Japan to start the fall semester beginning soon.

It does not, however, currently include tourists. Although, if what new Prime Minister Yoshihide Suga told a government task force on Friday, this could change soon as well.

“To revitalise the economy, it is indispensable to resume international travel,” said Suga.

Thus, intimating he is  far ahead of the Thai government in his thinking, and likely understands a closed country does nothing but destroy its own economy.

According to the Japanese government Japan opening its borders this week has been possible due to new cases of covid-19 falling in the last few weeks and to increased testing at Japanese airports.

The number of returning foreigners allowed into Japan may initially be capped at 1,000 per day, however, although that limit has not yet been decided upon. Or a decision yet made as to if it will be implemented at all.

Is a 7-day quarantine in Thailand on the horizon or is it more speculation and empty words?

In the last month,  the Japanese government has also ceased implementing other restrictions including finally allowing foreigners who have residency permits in Japan to return.

Students on government grants have also been allowed into Japan in recent weeks, as have some business people.

Meanwhile, Japan’s Foreign Minister also announced anyone returning to Japan would be asked to go into self-quarantine for 14 days before they can go back to their normal lives.

Again, unlike Thailand, which is requiring an expensive government-controlled 14-day quarantine, the Japanese government seems to understand most will not pay for quarantine.

Not when there are other just as safe alternatives.

Neither has the Japanese government made any mention of an expensive covid-19 insurance policy, a policy Thailand is currently mandating for all of the miniscule number of foreigners that may be allowed into the country over the next few months.

As one commenter on the Bangkok Post article about Japan’s borders now being open to long-stay foreigners said:

For many long-stay foreign residents in Thailand who are still locked out of the country, or required to jump through many expensive hoops to gain admittance, some are probably now wishing they had moved to Japan instead.