With last Saturday, September 26th the now-expired deadline for foreigners still stuck in the country to extend their visas, and with well over a hundred thousand people possibly unable to, it seems there may be an October 31st visa extension in Thailand coming down the pike.

This after rumors the Thai government may be announcing another visa amnesty later this week.

An amnesty that will extend a foreigner’s ability to legally remain in Thailand for one more month until October 31st.

Of course, this will come as a huge blindside for those that have had to struggle to get a one-month extension and an enormous blow to those who have already left Thailand.

Especially if it turns out, they didn’t need to.

But Khaosod English, is currently reporting an Immigration Bureau spokesperson, Spokesman Col. Phakkhaphong Saiubon, saying another month-long visa amnesty should be announced within the week. 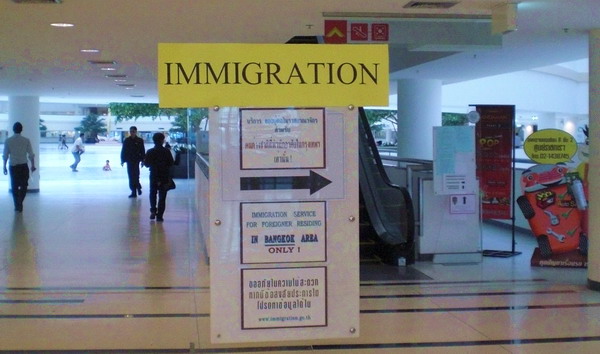 That will mean those who were unable to extend their visas will not be prosecuted. Nor will they face the large fines and arrest that have been threatened by Thai Immigration.

“I just knew from my bosses over the weekend as well. It’s not official yet but will be announced within this week,” Phakkhaphong said. “Since many foreigners can’t exit the country, Thai authorities don’t know what to do.”

Phakkhaphong added, “It’s hard to say when extensions will end because many flights can’t go out. A lot of people already paid for an embassy letter and extension already as well. Many good people are following the rules.”

This, of course, is the problem.

The inability of Thai Immigration to find and prosecute an estimated 100,000 people who, reportedly, are now in Thailand illegally after the visa amnesty ended. Simply because there are just too many of them.

For tens of thousands of foreigners still stuck in Thailand due to their own country’s borders being closed, or the inability to either get or afford an expensive flight home, the rational for kicking out over 150,000 foreigners makes little sense anyway.

Is a 7-day quarantine in Thailand on the horizon or is it more speculation and empty words?

After all, the Thai government is currently struggling to come up with a visa plan that might allow a few thousand foreign tourists a year to enter Thailand.

Why on earth then would they evict over 150,000 foreigners already in Thailand? Foreigners who are spending money that may help to keep the economy afloat.

In other words, if you were unable to extend your visa before the September 26th visa amnesty deadline arrived, sit tight.

This being the way the country is, and things often moving at a snail’s pace, chances are there will be an October 31st visa extension in Thailand announced within the next few days.

You will then have at least one more month (or longer, if Thai officials decide to follow Malaysia’s lead and extend till the end of 2020) to figure out what to do next.