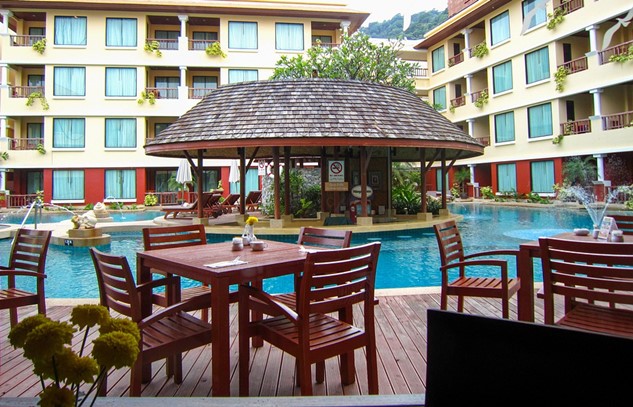 One thing that makes little sense when it comes to Thailand is Thai authorities’ insistence on continuing to push the Phuket Sandbox.

Particularly since a Swiss diplomatic worker was murdered on Phuket last week, and Covid-19 cases on Phuket are also rapidly increasing.

But, in true Tourism Authority of Thailand (TAT) style, a new ‘heavy’ campaign to promote Phuket is now being kicked off in an effort to persuade tourists the Thai island is ‘safe’ to travel to.

A campaign that makes little sense when you consider Thailand has just been put on the countries to avoid list by the Centers for Disease Control (CDC) due to the South East Asian nation having some of the highest daily Covid-19 cases in the world.

Of course, in the same denial of reality, the TAT is also claming the murder of a Swiss national has had no negative impact on the Phuket Sandbox, as they insist the same number of tourists planning on traveling to the island since the murder has remained the same.

What they do not seem to be taking into account is, even though the murder of one tourist on Phuket does not mean the island is any less safe than any other holiday destination, some easily frightened tourists who may have been considering Phuket may now not be.

The CDC warns avoid Thailand due to rising Covid-19 cases

The main reason why it makes no sense for the Tourism Authority of Thailand to be promoting Phuket as a holiday destination at the moment, however, is the CDC including Thailand on their Level 4 list of countries for travel purposes.

Their warning against travel to Thailand includes both fully vaccinated and unvaccinated US citizens because of risk of exposure to the virus.

This means a large percentage of Americans planning travel to Thailand in the next few months are likely to reconsider. Especially as, should Covid cases continue to rise in the South East Asian country, there is a chance they could be forced into quarantine upon return to the U.S.

In this case, a TAT marketing campaign to promote Phuket will simply be a waste of money for Americans and many other nationalities as well, and should instead be something that is implemented when the Covid-19 crisis is over.

This is particularly true when all a would-be tourist has to do is to look at the numbers of new cases of Covid-19 on Phuket, and immediately learn there has been a steady increase in the last three weeks.

To the extent that, when the Phuket Sandbox kicked off on July 1st, authorities said it would be shut down if there were more than 90 cases of Covid-19 on Phuket in a week in order to keep tourists and locals safe.

With 328 new cases on Phuket so far this week alone, that ‘safety’ seems to have gone out the window when it comes to the TAT desperately trying to woo tourists with money.

Then again, when 80% of tourist-related businesses in much of Thailand have shut down either temporarily or permanently due to most international visitors being banned from entry for almost 18 months, and few tourists will be traveling to Thailand in 2021 and beyond, the Tourism Authority is losing most of the relevance it ever had.

As a caveat, however, when it comes to the Phuket Sandbox, people that have used it either as a vacation option or as a way to return to Thailand are reporting on social media that the Sandbox is well-organized, efficient, friendly and safe, and that now is a wonderful time to visit Phuket.

After all, with hardly any tourists, traffic or noise, if you want a quiet, relaxed vacation, Phuket may just be the spot.