With only 11 days to go before the so-called ‘Phuket sandbox’ begins, and foreign tourists can return to Thailand once more, it has become obvious to everyone except the Thai government, the CCSA and the Tourist Authority of Thailand the Phuket sandbox will fail.

That became even more obvious this morning as the Thai government increased the requirements for entry into Thailand yet again.

To such an extent that, if tourists don’t want to take the chance of being trapped in their hotel in Phuket or their holiday to be canceled before they arrive in Thailand, most will not book a holiday via the Phuket sandbox.

Even if they are one of the small minority that might fit into the sandbox requirements, and are currently allowed to fly to Phuket.

What are the latest restrictions for the Phuket sandbox?

In the latest Centre for Covid-19 Situation Administration (CCSA) briefing this morning, it was announced new restrictions for provinces reopening to foreign visitors will soon be in place.

Those restrictions include requirements that all provinces opening to foreign visitors must have 70% of their residents vaccinated, and 100% of workers in their service sector must also be inoculated.

That regulation alone means it is likely most provinces will be still closed to foreign tourists in early 2022 due to the current shortage of Covid-19 vaccines in Thailand.

As if that wasn’t impossible enough to achieve, the CCSA has also released the latest qualifications for tourists under the Phuket sandbox scheme — or any other ‘sandbox’ that is instituted in a Thai province for that matter.

The latest qualifications for tourists to be allowed to enter Phuket under the Phuket sandbox plan are:

In addition, all Thai nationals and residents returning to Thailand can only do so if they are returning from a low or medium-risk country.

One of the most worrying things for any tourist planning on arriving in Thailand under the Phuket sandbox, however, is this — according to the new CCSA restrictions, if there are more than 90 infections in Phuket in one week, the sandbox will be ended until infections decrease.

Will those who have paid for holidays in Phuket lose the money they spent if the sandbox is paused? Will airlines/hotels allow them to reschedule their holiday without a fee? Will visas that have been granted in order to enter Thailand be extended to a date when they are allowed to enter?

Until these questions and many more are answered, most tourists with any concern for possibly being stuck on Phuket, stuck in Thailand if another lockdown occurs, or losing the money spent on a Phuket holiday should the sandbox end are likely to avoid visiting Phuket. 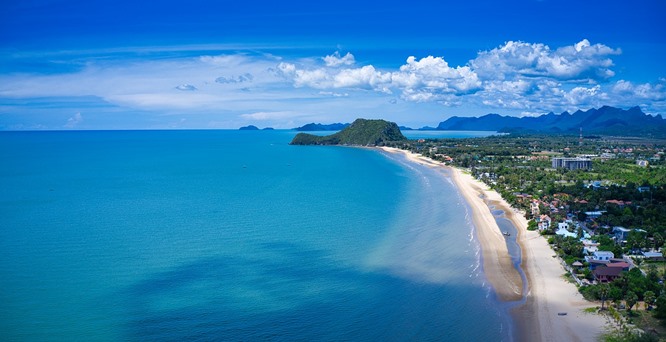 Why the Phuket sandbox will fail

Just like every other plan to open up to foreign tourists the Thai government has put into place in the last year, and then destroyed with constantly increasing regulations, it is likely the Phuket sandbox will fail as well.

Here are just a few of the reasons why:

In addition, with the newly announced CCSA regulations, it is likely most businesses in Phuket will choose to stay closed, as their owners cannot afford to spend the money to open up only to be forced to close a week or two later if infections begin to spike.

With the latest CCSA regulations for the Phuket sandbox announced, most commentators on social media now agree — the Phuket Sandbox will fail even before it has started.

Thus dooming the people of Phuket to an increasingly catastrophic economy, even more businesses to permanently close, and Thailand to be locked down to foreign tourists until well into 2022.

Unless the Thai government decides to stop panicking about a virus with a 99.5% survival rate, and do exactly what Europe has done.

Use common sense, and open up to any tourist that can provide a vaccination certificate or a negative PCR test.